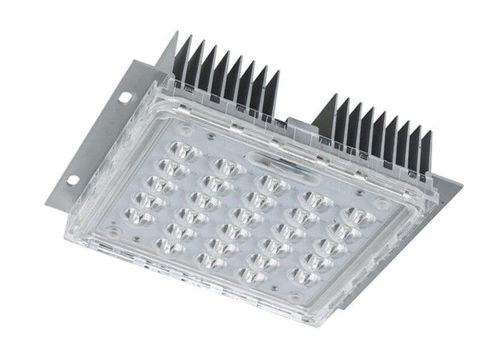 An LED street light is an integrated light that uses light emitting diodes (LED) as its light source. These are considered integrated lights because, in most cases, the luminaire and the fixtureare not separate parts. In manufacturing, the LED light cluster is sealed on a panel and then assembled to the LED panel with a heat sink to become an integrated lighting fixture.

Different designs have been created that incorporate various types of LEDs into a light fixture. Either few high-power LEDs or many low-power LEDs may be used. The shape of the LED street light depends on several factors, including LED configuration, the heat sink used with the LEDs and aesthetic design preference.

Heat sinks for LED street lights are similar in design to heat sinks used to cool other electronics such as computers. Heat sinks tend to have as many grooves as possible to facilitate the flow of hot air away from the LEDs. The area of heat exchange directly affects the lifespan of the LED street light.

Most LED street lights have a lens on the LED panel, which is designed to cast its light in a rectangular pattern, an advantage compared to traditional street lights, which typically have a reflector on the back side of a high-pressure sodium lamp. In this case, much of the luminance of the light is lost and produces light pollution in the air and surrounding environment. Such street lights can also cause glare for drivers and pedestrians.

A drawback of LED focus panels is that most light is directed to the road, and less light to the footpaths and other areas. This can be addressed by the use of specialized lens design and adjustable mounting spigots.